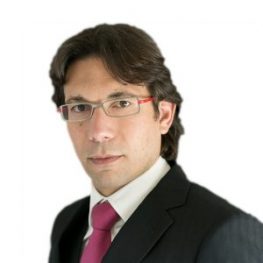 Stylianos returned to Cyprus in 2001 and established Stylianos Christoforou & Co LLC in 2005 after practicing law with some of the most- renowned organizations in Cyprus.

Further to his academic achievement, Stylianos, obtained four professional certifications. In 2004 he became a Member of the Chartered Institute of Arbitrators of England and Whales, in 2014 he became a Qualified Lecturer on Legal Matters, in 2015 a Qualified Insolvency Practitioner and in 2017 a TUV Austria Accredited GDPR Practitioner.

As a lawyer, Stylianos possesses an outstanding legal expertise in a wide spectrum of practices. His expertise lies especially in assisting enterprises with the legal challenges they face. Stylianos handled direct and indirect issues on a broad range of business matters, principally relating to tax issues, corporate transactions, mergers and acquisitions, personal data protection, investment recovery cases and employment law.

Stylianos is the retained legal advisor of a number of renowned large and medium size Cypriot Enterprises and has as a result developed an expertise in consulting enterprises in all areas of the law that affect their functionality.

Stylianos has recently enriched his expertise by becoming one the very few lawyers in Cyprus to be a GDPR Practitioner through special training he has received abroad. Today he is actively engaged in 68 GDPR Compliance Projects in Cyprus, Greece, Romania and the UAE. These projects include Insurance Companies, Hospitals, Schools, Trading Companies and Hotels.

His exposure to the projects along with the personal data cases he has handled provided him with an expertise that is very rare to find.